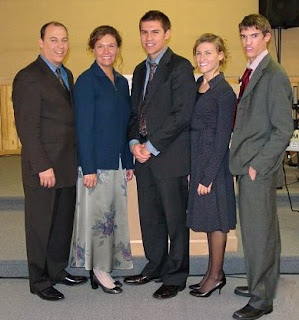 Is There Room in The UPCI for Me?

This is a post from a time back on Detroit Career Church Planter Scott Sistrunk’s blog.  It needs a repeated hearing. Have me failed to validate the gift of those who are more gifted to plant churches than to pastor them?  Think about this . . . perhaps God has gifted you as he has Bro. Sistrunk.  If so, I’ll speak for the fellowship I’m part of and say, “We desperately need you.”  I’d love to clone Scott Sistrunk about 100 times over.  Planter Sistrunk’s article is posted with his permission.  I’ll speak for him and actually ask you to pass it on to others.

Is there a place for me in United Pentecostal Church?

I am a church planter. I am called to evangelize North America. I have no choice really; it is my calling. If I was a church planter in Africa, I would be called a missionary. I am having difficulty communicating my calling to my ministerial brethren. You see, I really feel called to be a missionary to North America. Of course, most of my friends know what a foreign missionary is. Of 31,966 licensed ministers (worldwide) only 652 are missionaries. Yes, I know, home missionary is a term often used to describe a person who plants a new church in North America. In that sense, the home missionary refers to a minister (usually a novice) who plants a new church in a city in North America and remains there long term, or moves on to other ministerial opportunities eventually, and the home missions ‘phase’ of their ministry becomes part of their history. Even a “Metro Missionary” who is supported by partners much like foreign missionaries has only been supported for 4 years and has been responsible for planting a single church. No, that is not me. I am a home missionary permanently; a career church planter.

Is there room for me in North America?

It is hard to explain, but I can hear a city’s cry. I don’t know exactly when I started being so in tune with cities. I do remember the first time I heard a city cry out to me. I was a youth pastor and I was on a golf outing with friends. I never expected what hit me as I prayed before going to bed. It seemed to me as if I felt the anguish of every lost soul in that city all at once. I doubled over in pain and began to weep. I was embarrassed and didn’t want my roommate to think I was trying to be “super spiritual.” I buried my face in a pillow and lay between the wall and the bed and prayed until the burden lifted. Shortly thereafter, I began to feel a heavy burden for a city that I eventually started a church in. I was so consumed with the need of this city that the Lord rebuked me for neglecting my current duties and told me to spend more time praying for the young people I was responsible for and the time would come for me to give myself to prayer for that city. I can’t go through a town or village without wondering, “Do they have a church?” Many times the tears come so suddenly and unexpectedly that I am embarrassed. I know more than I should about the number of churches in every district and every metro area. I can’t help but gather information on North American cities. My friends look at me weirdly when I start spouting off population numbers and churches per capita of each metropolitan city. I can’t help it; I am driven by a vision and a burden. You see, I know very well that this kind of passion is not understood in our North American ministerial culture.

What do I do with this passion?

This passion feels like destiny. It is unstoppable, irresistible, strong, deep, powerful, controlling, and exhausting. I am not called to pastor long term. My passion burns relentlessly and it is white hot continually. It is a powerful thing when used in the context of founding a work in a city full of strongholds and no church. My calling makes me almost impervious to discouragement. I never lack motivation. I thrive on adversity and challenge. Once a church is firmly established, self-supporting, stable and growing I can feel the restlessness coming on. It is time to go to a new place. Saints cannot live in this heat long. They need someone who is not always looking for the next place. They need someone who burns with a passion for them… not others. They need a pastor long term, I am a missionary. I envy foreign missionaries who only pastor short term if at all and it is what is expected of them. They are expected to be too busy training leaders, gathering resources, opening new areas and building coalitions and networks of preachers to pastor one church. I feel the pressure of the North American culture to pastor long term. But it is not my calling. I long for a structure in North America similar to what exist for overseas missionaries that I can submit to in order to fulfill my calling. I hope there is room for this kind of ministry in North America. It is what God has called me to do. What else can I do?

Is there room in the United Pentecostal Church for me?

I want to live and minister like a foreign missionary, but in the United States. I want to have a set, known, controlled standard of living. I want be accountable to many. I know this is the price of my calling. I know that God has not called me to enjoy the fruits of long term labor in a particular vineyard. This reward is reserved for and earned by pastors. I am a missionary. My reward comes from knowing there is now a church where there was none before. It is the only reward I seek.

Does the United Pentecostal Church know that it needs me?

Why has our growth been so explosive in foreign countries? Missionaries. Why do we struggle to plant churches in North America? A lack of missionaries. We have asked those without the calling, anointing or grace to plant churches. They have answered the call because of the need. But they have struggled terribly. We have asked those who burn with a missionary’s passion to pastor and teach in one location for life. They have struggled terribly.

We, in North America, have left the work of missionaries to pastors and teachers and evangelists. I ask you; doesn’t New York deserve a Bruce Howell? Doesn’t Los Angeles deserve an E. L. Freeman? I ask the United Pentecostal Church to make room in North America for the passion and ministry of a missionary.

4 thoughts on “As One Plants Multiple Churches–Is There Room in the Church for Me? Guest Post–Scott Sistrunk”

This site uses Akismet to reduce spam. Learn how your comment data is processed.